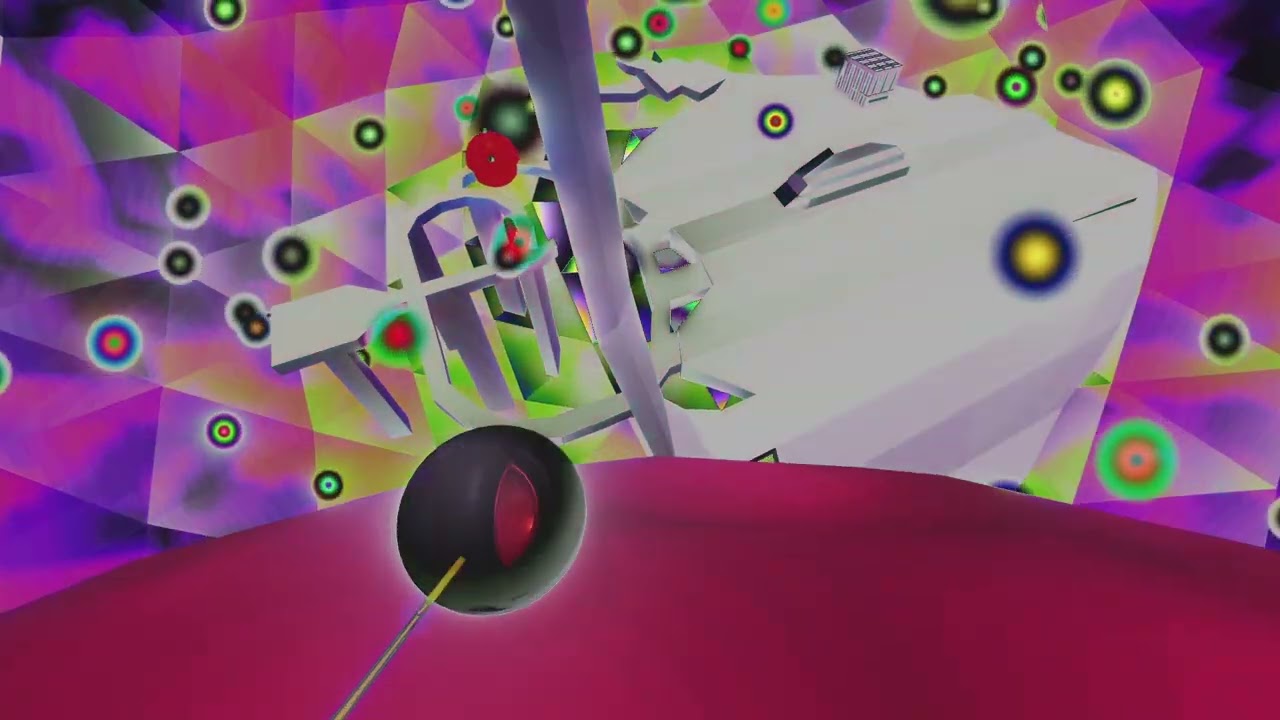 Game developer Sam Atlas announced on September 3 the puzzle action EXTREME EVOLUTION: Drive to Divinity . The compatible platform is PC (Steam), which is scheduled to be released in 2023.

The puzzle action EXTREME EVOLUTION: DRIVE to Divinity is the fourth game for Atlas. According to him, this work is a game on biology, transformation, promotion to deity. It is an abstract introduction. Certainly, in this screenshot, biological terms such as EXPERIMENT (experiment) and Vein (blood vessels) also appeared. However, it is unknown at the moment.

The published trailer, which was released, is a short content that ends in a minute. Although it is not clear in detail what kind of game, it has an avant-garde atmosphere. My impression was that I was fascinated by the dynamic animation of humans, insects, and cars, which unfolds in the colored space (I didn’t know anything else). Although there is no special violence or sexual depiction, it is exciting enough to make you feel some illegal.

Despite the mysterious work, some gameplay has been revealed. Steam’s introduction states that any obstacle has countless and partially overlapped solutions. Is it a mechanism that players themselves can challenge the problem in each way?

It is also explained that as a game system, it will repeat various transformation while consuming the acquired currency (§). The characters have different characteristics for each appearance, and the way they move seems to be different. It is necessary to combine multiple appearance, such as a car that can be jumped, a spider that hangs on the ceiling, and a truck that can work hard. Are the cars and multi-footed insects appearing in the trailer a form of transformation? On the other hand, the amount of currencies stored is limited, and it seems that there are some bargaining elements, such as increasing the maximum value by consuming currency. If you borrow the author’s own words, it is a selection game.

The author, Sam Atlas, has released three works. Starting with Space Hole 2016, it was announced every two years, Space Hole 2018 and Space Hole 2020. In the Steam review, all of them have obtained status of popular or higher. Space Hole 2020 was selected as one of the eight indie games exhibited at the Saam Arcade 2022, a game creation and innovation festival held by the Smithsonian Museum of Art. This year’s Saam Arcade was to take up a game with excellent visual expression under the theme of color, lines, and shapes.

To explore ATLAS’s style, I played the main part of Space Hole 2016 and the demo version of Space Hole 2020. The former is an action puzzle game that rolls to the goal so that it does not fall into outer space. The gimmicks that are not related to the main line were flashy, and they became sturdy while playing. In Steam user reviews, there are also voices that evaluate synergy with music. Space Hole 2020 is a title like a sequel to Space Hole 2016, but the feeling of playing is very different. This is closer to a kind of art work than a game.

Extreme Evolution: Drive to Divinity will be released in 2023 for PC (Steam). What kind of experience will this work will bring?