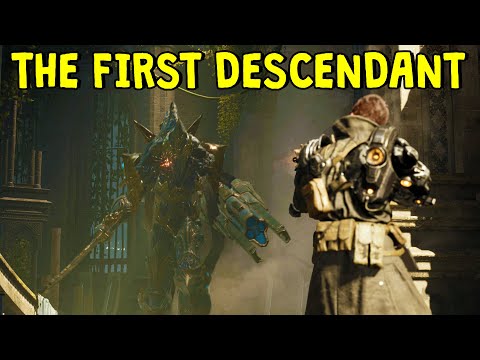 First Descendant is a new third-person route shooter being developed by Nexon Games, and the goal is to develop a character by defeating enemies through cooperative play like the Bungie Destiny series. The player becomes the heir in the game and carries out the task of defending the continent of Ingris against invaders for the survival of mankind. In the process, he comes face to face with the hidden truth about his heir.

The world in the game coexists with reality, science fiction, and fantasy, and is built on the basis of Unreal Engine 5. Characters with different concepts and fighting styles, a growth method that combines 3 types of guns and 4 types of auxiliary equipment, free movement using grappling hooks, and battles with giant bosses that support 4-player cooperative play, etc. You can enjoy the experience of challenging the next task by gradually growing the character based on the equipment acquired through play.

Currently, Nexon is in the process of pre-registration for testing through the First Descendant Steam official page. Pre-registration started on July 8, and if you apply for access right on the Steam page within the period, an invitation email will be sent to the registered email address. The test will be held from September 28th to October 4th.