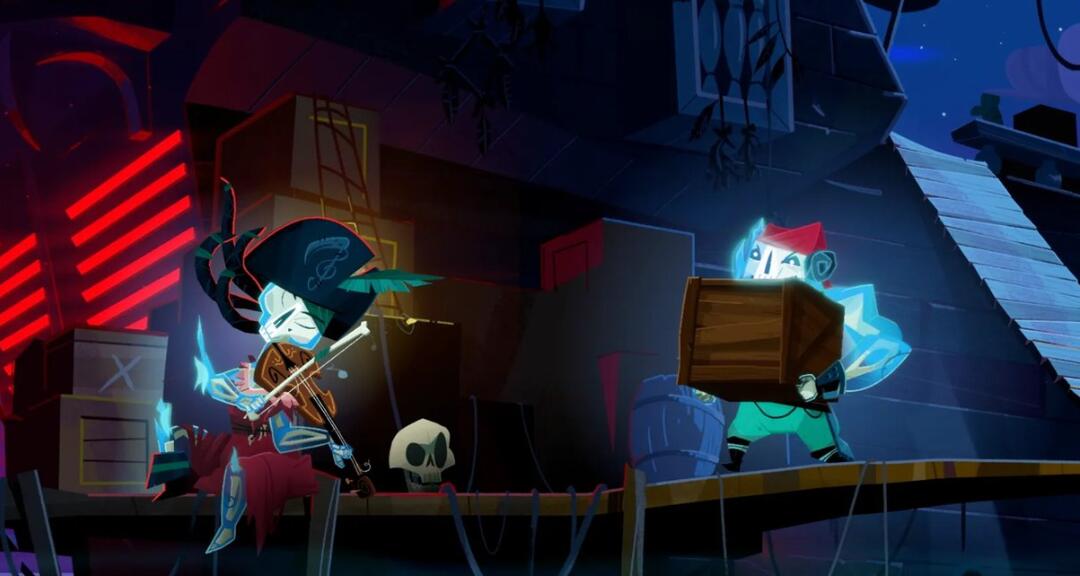 It sounded like an April Fool joke: On April 1st, 2022, Ron Gilbert announced that he was working on a new Monkey Island. It’s clear, Ron. Stop playing with our feelings.

Three days later, Gilbert and publisher Devolver confirm that the news is trustworthy: the game will be called Return to Monkey Island, and Gilbert’s old comrade-in-arms Dave Grossman is also involved. The short teaser trailer has been played a million times on YouTube, and the associated GameStar News has collected over 45,000 hits!

By the beard of LeChuck, Monkey Island continues! If that’s not a reason to be happy!

And if that’s not the reason for a podcast getting to the bottom of the Monkey Island phenomenon! Why is this series still popular after 32 years? Nobody can explain that better than Dimi and Jonas, the editors’ biggest Monkey Island fans.

With pirate hater Micha, they talk about their best Monkey Island memories and the low points of the series in the awkward 3D offspring Escape from Monkey Island and the Telltale series Tales of Monkey Island, in which the old spark didn’t want to fly anymore.

Can that succeed, or is disappointment inevitable? You can hear it on the podcast!