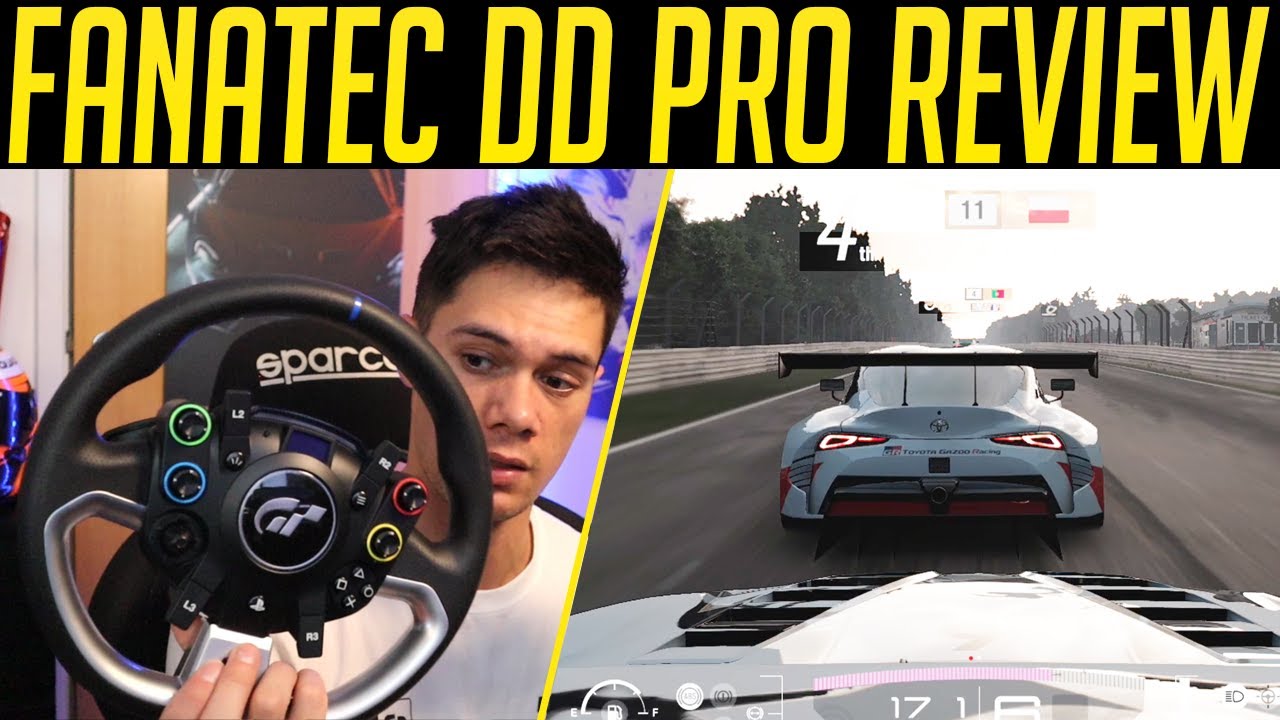 If you want to buy a steering wheel for your console these days, you mainly come across devices from Thrustmaster and Logitech. But which should you take? An important factor in the purchase decision is the so -called Force feedback. This is the name of the power that the engine of a video game steering wheel has to simulate realistic countermeasures in a curve. As a result, it conveys information that a usual controller cannot deliver, namely a feeling for the maximum possible impact of the vehicle, tire liability and the nature of the street.

Surprisingly, the well-known top dogs have overslept an important trend for Force Feedback, which has been promoted by the e-sports scene for a few years. E-athletes now trust so-called Direct Drive steering wheels, which react much faster and more powerfully than usual devices.

The technology necessary for this has so far been very expensive. At least until it made the German company Fanatec mass market compatible. With the official Gran Turismo 7 steering wheel called Gran Turismo DD Pro , a console -compatible and cheap direct drive steering wheel is available, which, depending on the equipment, costs around 700 to 800 euros.

cheap? Compared to Direct Drive engines from other manufacturers who use around 1300 to 1500 euros, this may be true, * But with a price range from 599 euros, it is still a damn lot of money. *

A entry-level wheel (with weak Force feedback) is available from 250 euros. Even including a set of plastic pedals. For the 599 euros mentioned, on the other hand, you only get the bare engine (the so-called Wheel Base) of the Gran Turismo DD Pro in the Fanatec online shop. To be able to play, you also need a steering wheel attachment and pedals. If you don’t already have a racing stand, you should also afford a table clamp.

Results at least 210 euros on top – or more, depending on the claim. The whole thing is also a bit cheaper, but this is not necessarily the better solution. Later more. In short: as unrivaled as fanatec’s technical advance may be, it is not for narrow wallet.

What is Direct Drive?

Typical steering wheels use belt drives that pass on their strength based on a secondary translation, similar to the chain gear of a bike. As a result, the Force Feedback reacts with a certain delay and swallows a lot of subtleties. Quite different with a direct drive model. Here, strong magnets of an industrial motor turn directly on the wave of the steering wheel.

Why we do not devalue Gran Turismo 7 on Metacritic

This explains the designation of the technology, as well as the price. In the Gran Turismo DD Pro, Fanatec uses an external running industrial motor that measures just 15 x 15 x 15 centimeters without a steering rod and weigh exactly 5 kilos. A compact but heavy little block.

The advantages of this design are obvious. In games such as Assetto Corsa Competizione, Gran Turismo 7, Iracing and many other simulations, the Force Feedback of the Fanatec device reacts so jagged that every little bump is noticed. However, the immediate transfer of tire liability is even more important. Before the wheels drift, you can already feel how the vehicle defends itself. This means that unwanted spinning can be intercepted before it becomes critical. No wonder that e-athletes prefer this Force feedback method.

Direct Drive does not automatically make top pilots of stumbling, because you still have to react to a reasonable extent in good time. But the finely working tool makes it easier to learn a good driving style with the appropriate exercise.

Especially since many special options for easier operation can be permanently saved on two memory loos. For example, the desired dead zones of the connected pedals, a weakening of the Force Feedback or how much game the steering wheel should have. 380 degrees like a Formula 1 vehicle, 180 degrees for Arcade Racer or the maximum of 2520 degrees? Or should the corresponding game determine it yourself? All of this can be continuously adjusted via the mini-LED screen of any infected steering wheel, unless you want to use the associated PC software.

Gran Turismo 7: Perfect driving feeling with PS5 controller? The dual sensual should keep up with the steering wheel

There is a catch: The original version of this wheel Base was initially delivered with a 90 watt power supply. The engine only reaches five Newton meters of torque. This is around two and a half times the strength that a entry-level wheels from Logitech or Thrustmaster offers, but for a Direct Drive steering wheel, that’s a surprising. It is just enough for an introduction, but not for an unmistakable learning effect.

You only really feel it when you connect the so-called Boost-Kit 180-a special power supply with 180 watts maximum performance, which increases the torque to eight Newton meters. For beginners, this is the same as intensive strength training. You can feel it in the upper arms and chest after half an hour. But you get used to it quickly and learn to interpret the strong Force feedback signals.

If you buy the wheel base individually, you only get the package together with Boost Kit. A bundle that comes with a passable steering wheel attachment, simple pedals and a table clamp, which is digitally designed by Gran Turismo developer Polyphony, is still available in two variants, namely with and once without boost kit-and a price difference of 150 euros. In the delivery state, this bundle works exclusively with the PlayStation 4/5 and the PC, but can easily be made Xbox-compatible. You can find out how this works in the info box.

Tip for Xbox owners and Multiconsoleros:
Fanatec uses a modular system for all wheel bases. If a Wheel Base is Playstation-compatible, then the necessary PlayStation ID chip is in the engine. Xbox-ID chips, on the other hand, can be found in some (but not all) infectious steering wheel attachments. If you connect an Xbox-compatible steering wheel with a PlayStation Wheel-Base, the setup works with both consoles.

If you do not have a PlayStation, but only an Xbox and / or a PC, then you will get around 100 euros cheaper by buying the identical model called CSL DD. Keep in mind that a CSL DD cannot be made afterwards PlayStation-compatible.