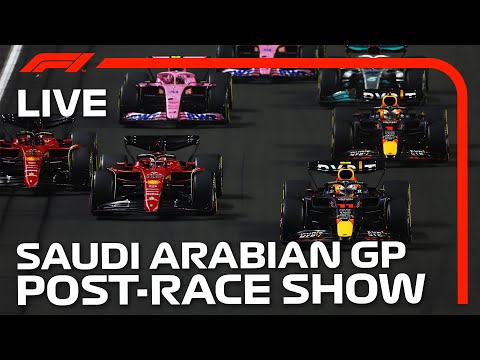 “The Guardian”: “After a weekend where the drama was in the foreground beyond the track, the Saudi Arab Grand Prix finally made it to focus on the race. At the top there was a special presentation The thrilling, head-to-head fight, in which Max stood finally defeated Charles Leclerc, while both drivers made this season as clear title protagonists. “

“Sun”: “Max stapping exchanged strokes with Charles Leclerc at the top of an epic struggle in Saudi Arabia – while Lewis Hamilton was left behind in the dust.”

“AS”: “The only wedding drops, if you want to search, is that the heart of the fan may not be prepared for another season full of emotions up to the last round.”

“La Gazzetta dello Sport”: “Max Stappen had the revenge, but Ferrari and Charles Leclec are stronger than ever. In Arabia Applause for the Red Bull World Champion, who made it yesterday, the feat of his teammate Sergio Perez to imitate and bring the wild mongels of the Cavallino. “

“Corriere della sera”: “A colossal spectacle was needed to mitigate days of anxiety, the constant tension. […] with Max stapping, which returned the blow he had received in Bahrain, and a sticky Leclerc. As with a wheel race, the exit was open to the last few meters. “

“Crown”: “In an extremely gripping finish, the Red-Bull Superstar Charles Leclec fought down in the trick box.”