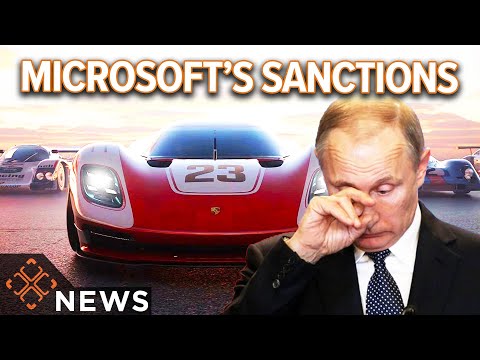 A couple of days ago, the Government of Ukraine issued a statement where the videogame companies asked or end their relationship with Russia, this as a result of the war that is taking place at this time. Although the letter made Xbox and PlayStation specific mention, these companies did not respond immediately. Instead, developers like Bloober Team and CD Projekt Red decided to withdraw their games from this country. Now, Today, QuexBox and Microsoft have been revealed to this request.

Through a statement, Brad Smith, president of Microsoft, has indicated that will stop the sale of new products in Russia . This includes games and Xbox consoles. This was what was commented about:

“Like the rest of the world, we are horrified, angry and saddened by the images and news that come from the war in Ukraine and condemn this unjustified invasion, not caused and illegal by Russia.

Today we announce that we will suspend all new sales of Microsoft products and services in Russia.

We believe that we are more effective in helping Ukraine when we take concrete measures in coordination with the decisions made by these governments and we will take additional measures as this situation continues to evolve. “

Although details is not provided, This means that there will be no more sales of the Xbox consoles in the region , as well as new records for Xbox Live and Xbox Game Pass, and sale of digital games. On related topics, CD Projekt Red stop selling its games in Russia. Similarly, John Romero has created a new level of Doom II, and all the money collected will be sent to those affected in Ukraine.